Big Brother Naija star, Khafi Kareem and her family members have been thrown into mourning after her younger brother, Alexander Kareem was reportedly shot dead in the United Kingdom.

The 20-year-old man shot dead in West London, close to his family home in Shepherd’s Bush.

According to detectives, a white Range Rover Evoque linked to the murder was later found burnt out three miles away. The police said they were yet to make any arrests.

He was walking home along Askew Road after a trip to a convenience store when someone opened fire on him. Khafi was in mourning last night with relatives.

A friend told The Sun: “His family is distraught. Alex wouldn’t talk down to anyone – he was friends with everybody.

“They are all good people. His sister Khafi spreads positivity through her YouTube account. She wakes up and prays for people at 7.30 every morning.

“Alex’s brother is trying to get back from Australia to grieve with the rest of his family, his mum is completely devastated.”

Witnesses say he screamed out “help me” as he lay dying in the street at 12.40am.

Heroic passers-by tried to give him CPR before paramedics reached the scene but Alexander was pronounced dead a short time after. 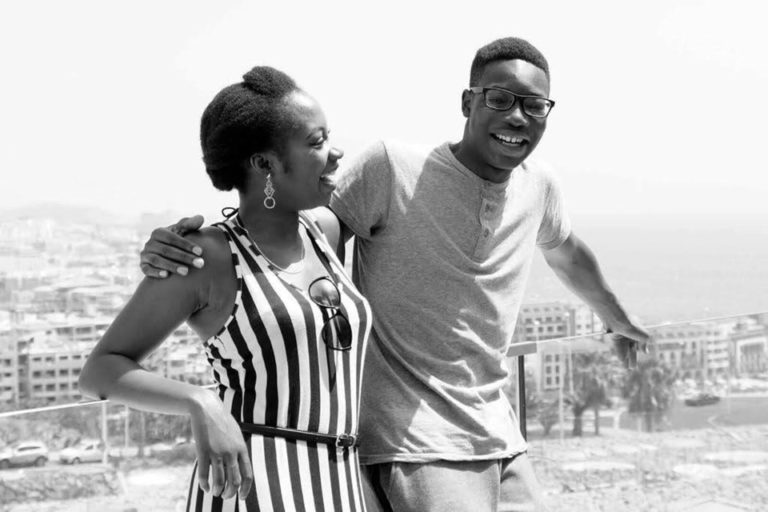 A post-mortem conducted on him showed he died from gunshot wounds to his chest and abdomen.

“We are determined to bring those responsible for this unnecessary and terrifying violence to justice. We continue to appeal for witnesses who may have seen or heard what happened to come forward. The white Range Rover seen in the area and later found burned out is also a key part of the investigation.”Jolley said