The 45 million naira ambassadorial deal singer D’banj signed recently with Heritage Bank has been suspended following the rape allegation leveled against him, according to a yet-to-be confirmed report.

A lady named Seyitan had accused the Koko Master of sexually assaulting her in December, 2018. She went on to threaten a legal action against the singer if he doesn’t tender a public apology to her. 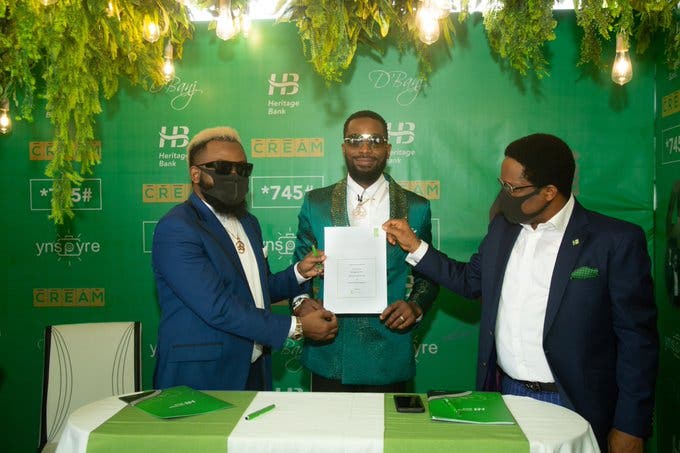 D’banj later came out to deny the allegation and even demanded that his accuser pay him the sum of N100 million and publish an open apology in Nigerian dailies or face legal action.

However, Nigerians, including celebrities were outraged when Seyitan’s lawyers raised an alarm that she was arrested by police on Tuesday on orders from D’banj’s team and that she was detained and denied access to friends, family and her lawyers. She was also allegedly forced into deleting her tweets and recant her initial statement.

The development led to many calling on brands associated with the singer to cancel him for intimidating his accuser and suppressing her instead of going through the right path to prove his innocence, since he claims to be clean.

Well, it seems Heritage Bank which is one of the brands linked with D’banj has suspended his deal. Although, the bank is yet to release a statement confirming or debunking the report.

Meanwhile, a petition which was started to compel the United Nations to remove the singer as its youth ambassador has also gotten over 15,000 signatures.

Below are some of the reactions from Nigerians on Twitter. 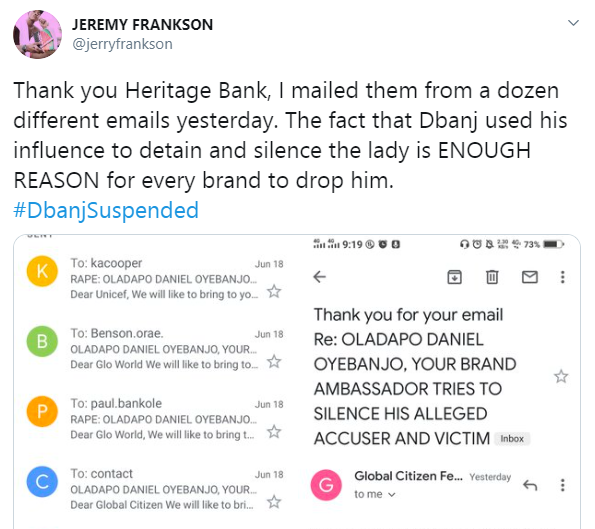 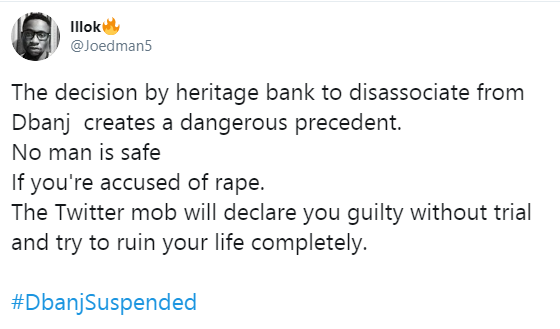