Early child marriage scandal scandal continues to rock Zambia as many Parents now falsify their under-aged daughters’ age to get them married.

This terrible act of early marriage has become rampant in Zambia especially in rural areas where most parents do not have birth certificates for their children.

James Zimba, an Anti-Child Marriage activist who made the disclosure, said the practice has become more pronounced since the beginning of this year.

“Parents in Zambia have been lying about their daughters’ age in order to get them married at an early age”, he declared. 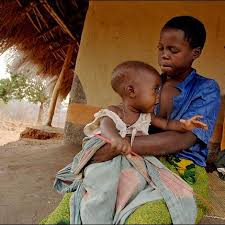 He said parents in Northern, Central, Luapula and Eastern provinces are particularly guilty of falsifying their daughters’ age.

Apart from the bride and the groom, the only people sometimes present are the officiating ministers, and a woman who is thought to be the mother of one spouse are the only persons at the ceremony.

Early marriage can sometimes be attributed to gender inequality and the belief that girls are somehow inferior to boys. In Zambia, child marriage is also driven by Poverty; Child marriage is sometimes used as a way of reducing the perceived financial burden a girl places on her family and to receive money through the payment of dowry.