by dgovscoops
in Latest News, US This Week, World
0 0
0

Statue of a formerly enslaved man on his knees in front of President Abraham Lincoln in a Boston public park was dismantled this week after 141 years when it was erected.

The removal of the Emancipation Group statue in Park Square comes months after the Boston Art Commission voted to remove the statue which has stood in Park Square since 1879 by the end of year, according to the Boston Herald.

The decision came in June following the nationwide protests that took place following the death of George Floyd, a Black man, by a white police officer.

“We’re pleased to have taken it down this morning,” a spokeswoman for Mayor Marty Walsh said in a statement to CNN.

“As expressed by so many during the public process this year, we fully agree that the statue should be relocated to a new publicly accessible location where its history and context can be better explained,” the spokeswoman said.

“The decision for removal acknowledges the statue’s role in perpetuating harmful prejudices and obscuring the role of Black Americans in shaping the nation’s fight for freedom.”

Tory Bullock, who helped push the petition for the statue’s removal, said told Boston Herald: “At the top of my petition, I described being a kid and I would always ask myself, ‘If he’s free, why is he still on his knees?’ After this, no kid will ever have to ask that again.”

“I’m proud, I’m Black and I’m young,” Bullock told the outlet. “This image has been doing a lot of disservice to African Americans in Boston and now it stops.”

According to CNN, the statue is a replica of one erected in Washington D.C. It’s based on a picture of Archer Alexander, who was born into slavery.

The spokeswoman for Boston Mayor Marty Walsh also said the “statue will not be destroyed, but will rather be relocated to a location where “its history and context can be better explained.” 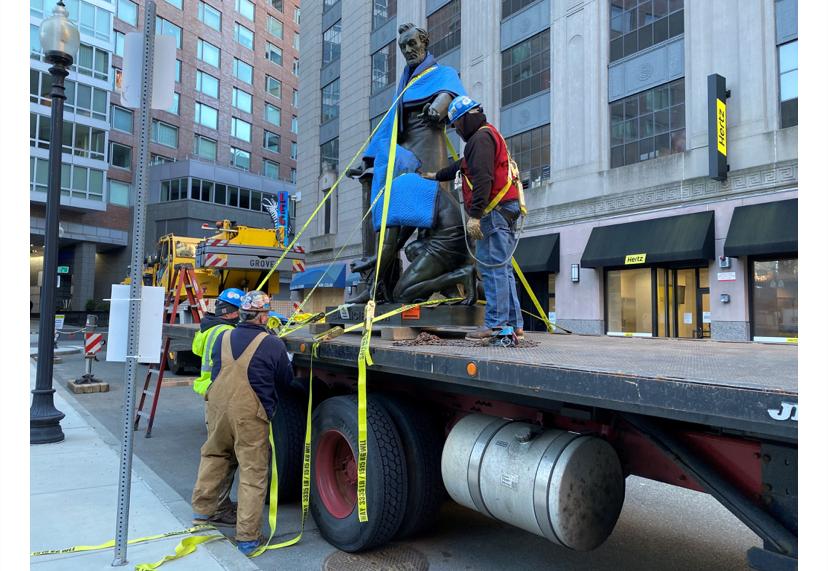