Kwara State Governor, AbdulRahman AbdulRazaq, has dissolved his cabinet with effect from December 31, 2020, a statement said on Sunday night.

According to Ajakaye, the Governor also directed the former cabinet members to hand over to the most senior officers in their respective Ministries.

“His Excellency especially commends the Honourable cabinet members for their contributions to the development of the State while also wishing them the best in their future endeavours,” the statement said.

The cabinet members were sworn in on December 14, 2019, comprising at least 56.25% female, in what was remarkably one of the most gender-friendly cabinets in the Country. 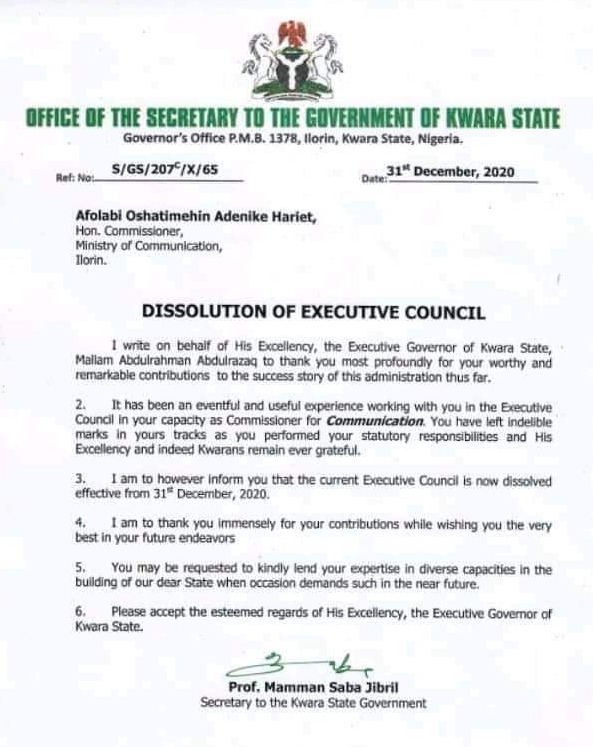