UNPROVOKED KILLINGS OF SECURITY OPERATIVES: POLICE ARREST 16, RECOVER ARMS, AMMUNITION, EXPLOSIVES
•       No murderer will go unpunished…we are closing up on them, says IGP.

Operatives of the Nigeria Police Force have arrested sixteen (16) suspects for complicity in a series of violent and unprovoked attacks on security operatives and facilities in some states of the Federation, particularly in the South-Eastern part of Nigeria. The arrest, which is an outcome of painstaking, deliberate and tireless efforts by operatives of the Nigeria Police working in collaboration with their counterparts from the Nigerian Army and the Nigerian Airforce is aimed at bringing to justice persons responsible for the emerging trend of attacks on security personnel and wanton destruction of security facilities and operational assets.

The suspects – Ugochukwu Samuel a.k.a Biggy, 28-year-old native of Arochukwu LGA in Abia State; Raphael Idang, 31-year-old native of Odukpani LGA of Cross River state; Cletus Nwachukwu Egole aka ‘Alewa’, 60-years-old native of Orlu in Imo State; Michael Uba, 33yrs from Imo State; and twelve (12) others in the course of investigation, were implicated in multiple felonies committed across several states in the South-Eastern part of the Federation. The suspects were arrested in various parts of the country following sustained, and intelligence-driven sting operations.

Police investigations clearly established and linked the suspects to several incidents of attacks and murder of security personnel as well as stealing, unlawful possession of firearms, arson and malicious damage to operational assets of military and law enforcement agents.

Specifically, investigations revealed that the duo of Ugochukwu Samuel aka Biggy and Raphael Idang were among the criminal elements that attacked policemen on duty at a checkpoint on 24th December, 2020 along Orlu-Ihiala Road in Imo state where two police officers were killed and a Police Hilux patrol van set ablaze. In addition, both were part of a larger group that attacked a police reconnaissance team on 13th January, 2021 killing one police officer. Ugochukwu Samuel a.k.a Biggy, who sustained a bullet wound during an attack by his gang on a military convoy in which some soldiers were killed and weapons carted away, was subsequently arrested while receiving treatment in a hospital. Both suspects confessed to being active members of IPOB and ESN. 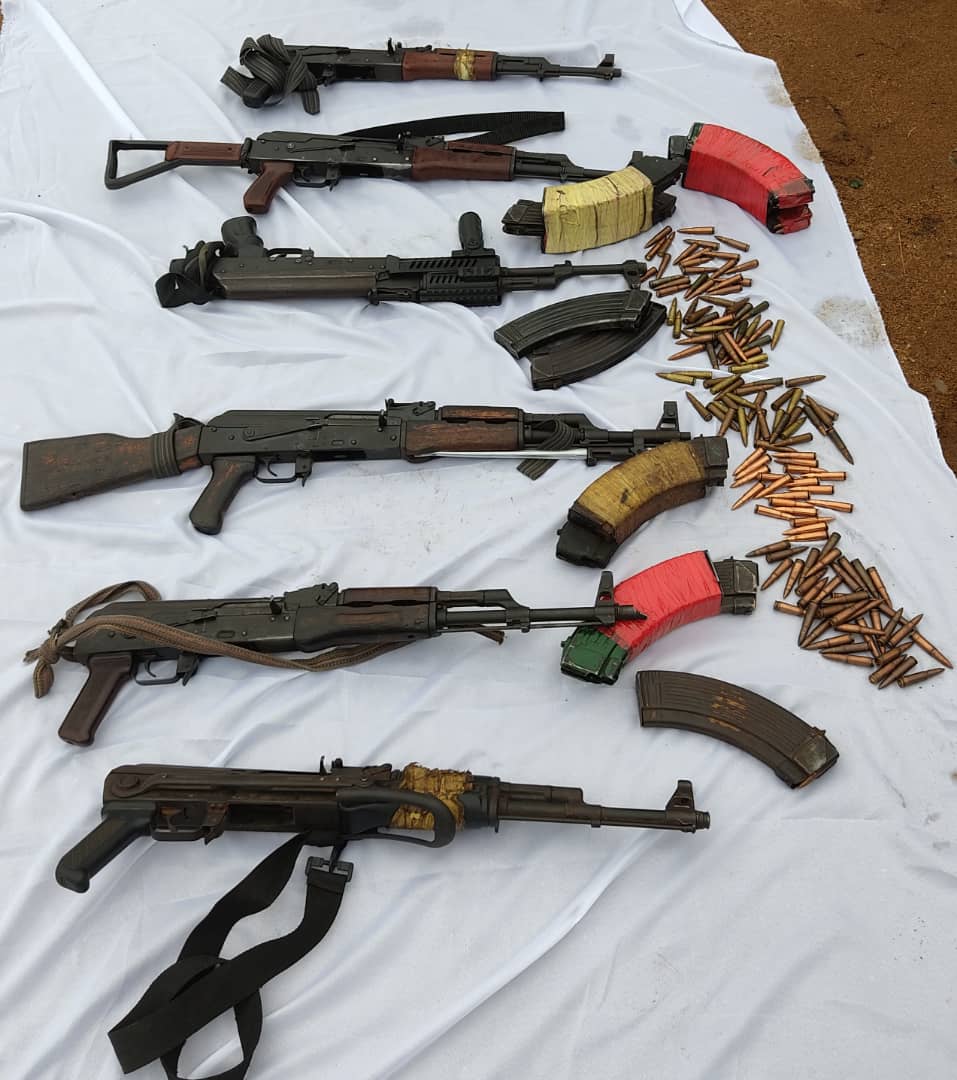 Cletus Nwachukwu Egole aka Alewa, a pastor with the Holy Blessed Trinity Sabbath Church, Orlu, Imo State and Michael Uba, a prophet with the Association of Jewish Faith, who were also arrested, are two of the masterminds of the various attacks on security personnel, in addition to providing spiritual cover for the gang. Cletus Nwachukwu Egole aka Alewa’s house was used by the gang members to plan their nefarious operations. He also donated his late brother’s farmland for use as a hideout and training camp for the gang.

Meanwhile, the Inspector General of Police, IGP M.A Adamu, NPM, mni has reiterated that the Force will not tolerate any further attack on its personnel or any citizen by any individual or group under any guise whatsoever. He assures that Law Enforcement Agents have gathered sufficient intelligence on the attackers and are closing up on scores of suspects already implicated in the attacks either directly or indirectly for financing, aiding and abetting the criminals. He stresses that no murderer will go unpunished. The IGP enjoins parents/guardians as well as traditional/opinion leaders to weigh in and prevail on their children/wards to desist from towing the destructive paths of crime.

All the suspects will be charged to court on conclusion of investigations.