I AM A DIVORCEE- DON JAZZY OPENS UP

Award-winning music producer, Don Jazzy has revealed that he got married 18 years ago to Michelle Jackson, a UK-based writer, and model.
The former Mo’Hits Records and now Mavin Records boss posted an Instagram picture of him and his ex-wife on what looked like their wedding day. It showed the couple in an embrace, explaining that he got divorced because he made music his priority.
The Mavin Records CEO said he married his best friend while young but the nuptials didn’t last because of his deep love for music (which competed with his family) while answering the age-long queries on why he had not gotten married yet. 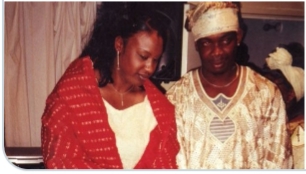