Ikonso Commander, alleged to be the leader of militia arm of Indegenous People of Biafra(IPOB) had been killed in a joint operation between Police, DSS and Army operatives in the early hours of Saturday.

According to the reports, sophisticated weapons including six AK47 rifles, hundreds of ammunition of different calibers and lots of charms, including bullet proof charms were recovered from the insurgents.

However, three policemen and one army officer reportedly sustained serious bullet injuries during exchange of gunfire with the insurgents and are being treated.

The eliminated insurgents were responsible for the attack on the Headquarters of the Police and Nigerian Correctional Service in Imo on 5th April, 2021 in addition to series of attacks on security personnel and formations in the South East and South- South parts of the country, the website reported quoting an intelligence source.

The security forces allegedly came under rapid fire as they approached the camp of the group.

“In a bold and clinical response, the joint security forces fought back gallantly. The Forces eventually neutralized the overall commander of the insurgents in the Southeast popularly known as Ikonso Commander and six other armed fighters of the insurgent group.

“Commander Ikonso is known as the Vice President designate as well as the coordinator of all the militia operations of the group. He was the mastermind and coordinator of the attack on the Imo Police Headquarters and several other attacks on security and military personnel and facilities.

“The operation is part of deliberate effort by the Police and other security forces to quell the activities of insurgents in Imo State and other States of the South East and South South region of the country,” the source added.

After the fierce gun-battle, the security team recovered the remains of Ikonso Commander and the six of his fighters.

At the time of filing this report, three policemen and one army officer are receiving treatment having sustained serious bullet injuries during exchange of gunfire with the insurgents. 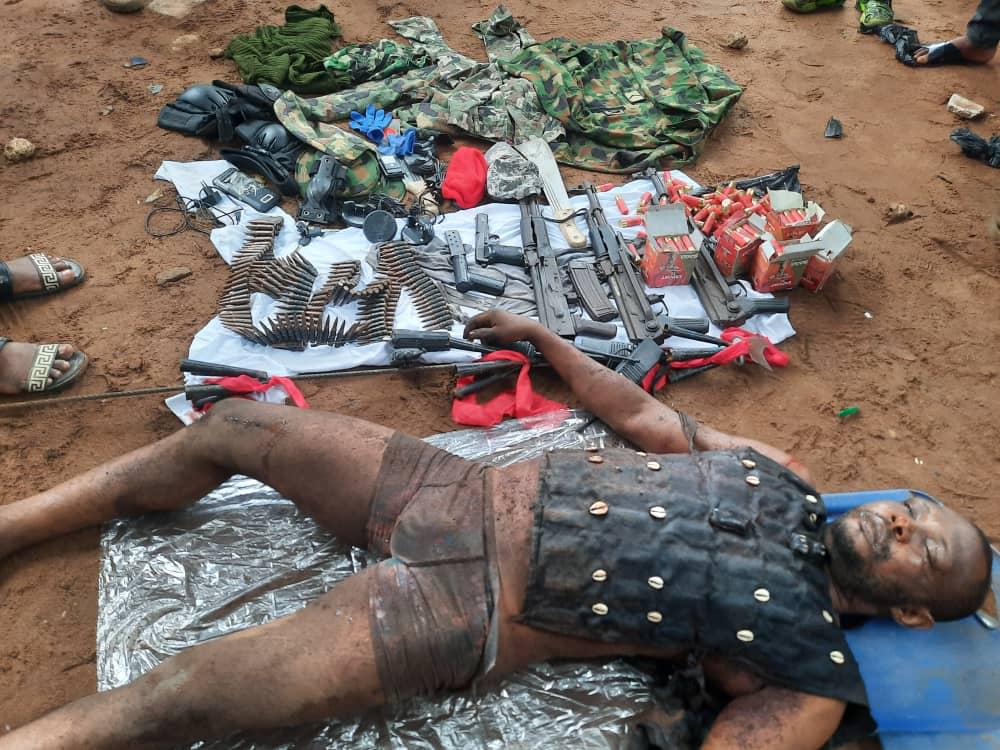 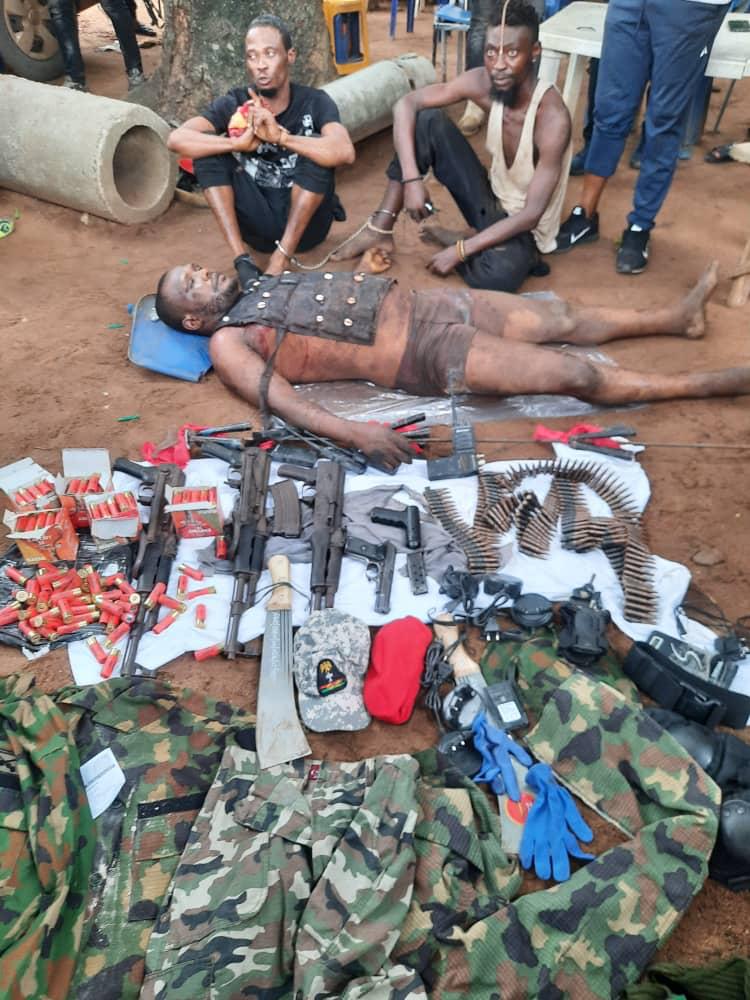 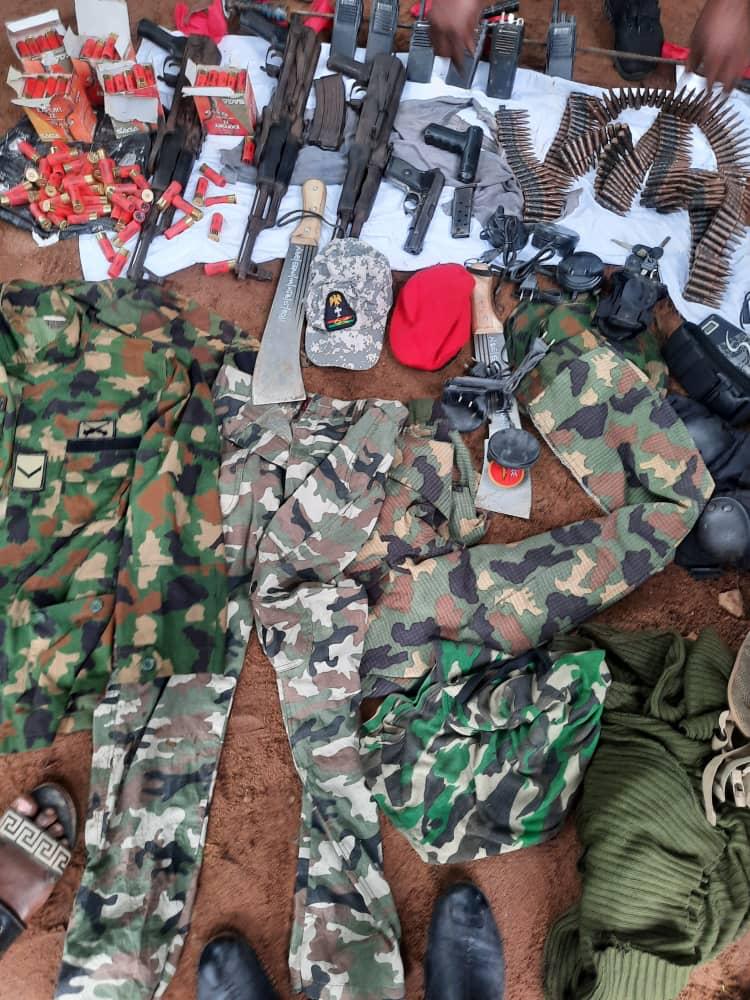 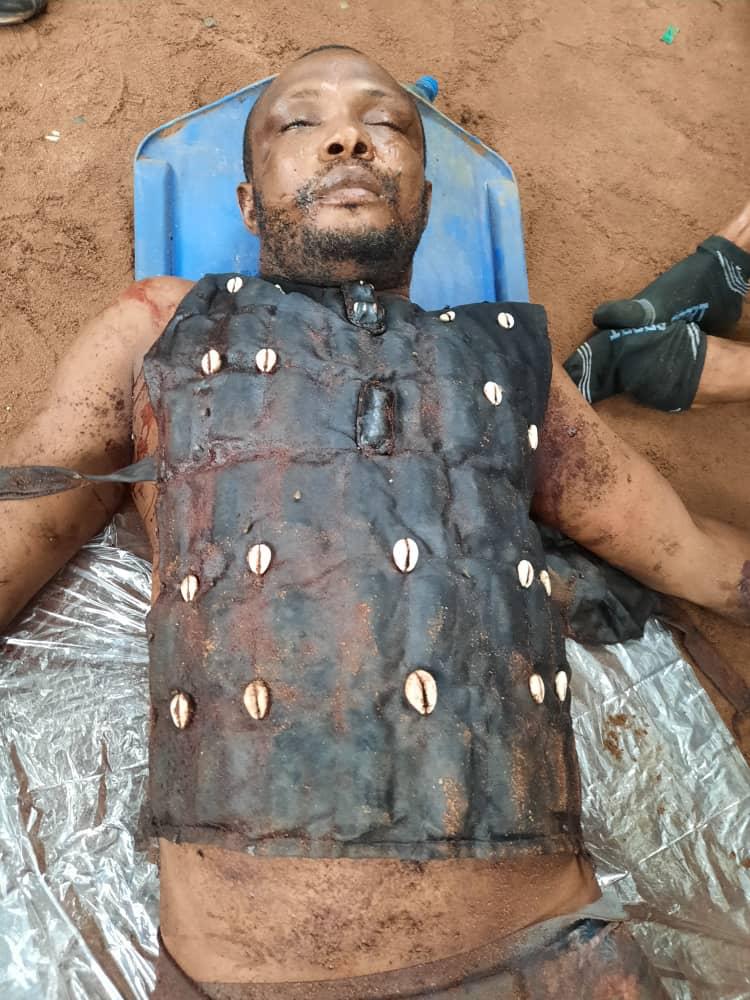