The APC Former Members of the House of Representatives have described the withdrawal of the proposed amendment of the party’s constitution as statutory members/delegates to the party’s National Convention as a decision well thought out by the Caretaker/Extraordinary Convention Planning Committee(CECPC).
A statement signed by the Protem Chairman of the Forum, Hon Ibrahim Zailani said members were elated to see the advertorial on Page 6 of The Nation Newspaper today, February 16, 2022 signed by the National Secretary of the CECPC, Sen John James Akpanudoedehe where the withdrawal is confirmed.
He said the reason given by the CECPC for the proposed removal of Former and serving members of the National Assembly from the National Convention which was described as inadvertent omission was also noted by the Forum.
The Forum however expressed displeasure that it was overlooked in consultations leading to the decision to even make necessary amendments in the Constitution.

The Forum advised the leadership of the party to ensure due diligence before very sensitive publications like that are made public.
According to the Forum, “Yes we are glad the party leadership did the needful by quickly rectifying an error that could have spelt unimaginable consequences to the stability of the APC. The truth needs to be told that such an inadvertent error that has overheated the party’s space for the past few days could have been avoided had proper scrutiny and due diligence been applied by the officers concerned. For us, this sort of scenario must be clearly avoided going forward”.
As a body of principal stakeholders in our great party, the APC, we are watching with keen interest events leading to the National Convention and the Presidential Primaries as they unfold!
We hereby reiterate our plea to the leadership of the party that as a progressive entity, the onus is on our party to lead the way in espousing progressive ideologies chief of which is the institutionalisation of internal democracy.
Anything short of this would mean no good for the unity and progress of our party.
We, in the meantime place our unalloyed loyalty and support to the CECPC and the party. 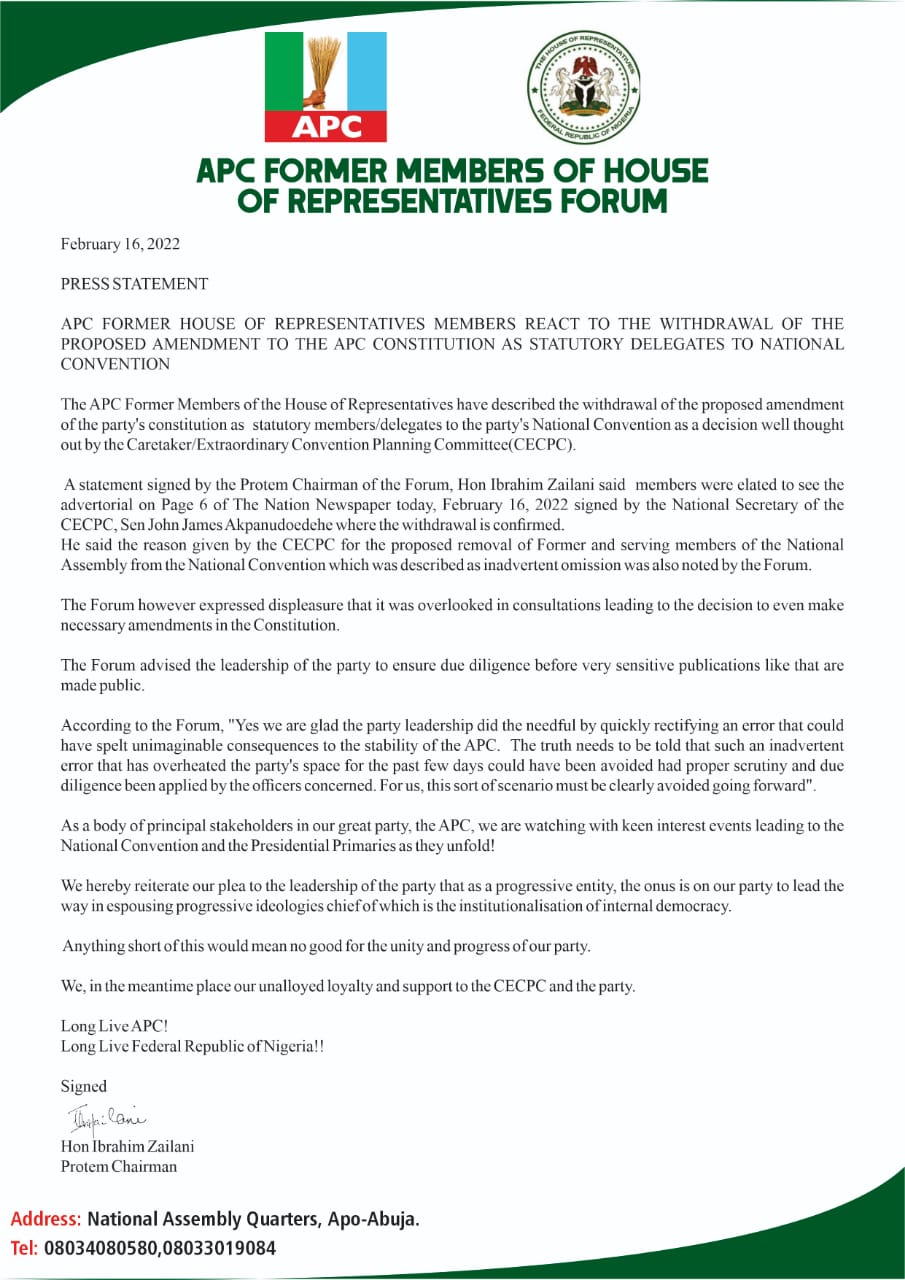