….Restates his administration’s commitment to building 2,500 houses in four years

The housing project christened Prince Court Estate is the first phase of the 300 detached and semi detached of two and three-bedroom structures.

Commissioning the estate, Governor Abiodun said the project is the first in a series of housing estates being undertaken by his administration across the state, insisting 2,500 houses will be provided in four years.

The governor explained that the estate is provided with amenities such as tarred road, water supply, drainage system, fence, security and power supply.

He noted that although shelter as a basic human need has continued to be one of the most expensive assets to own by individuals, his government would harness every resource to reduce poverty and provide affordable shelter for the people of Ogun. 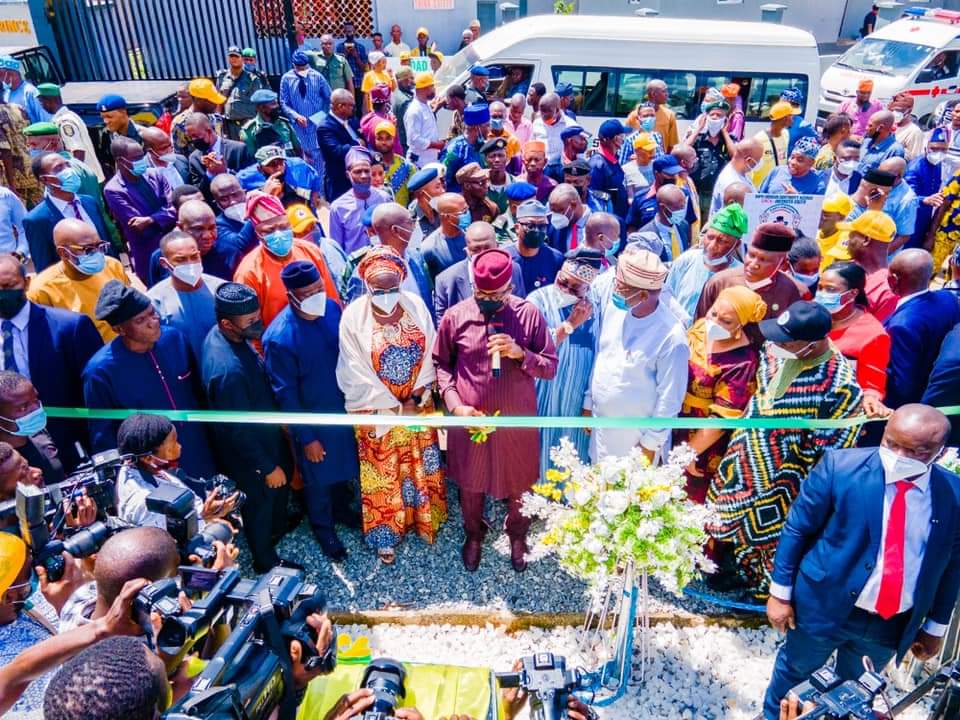 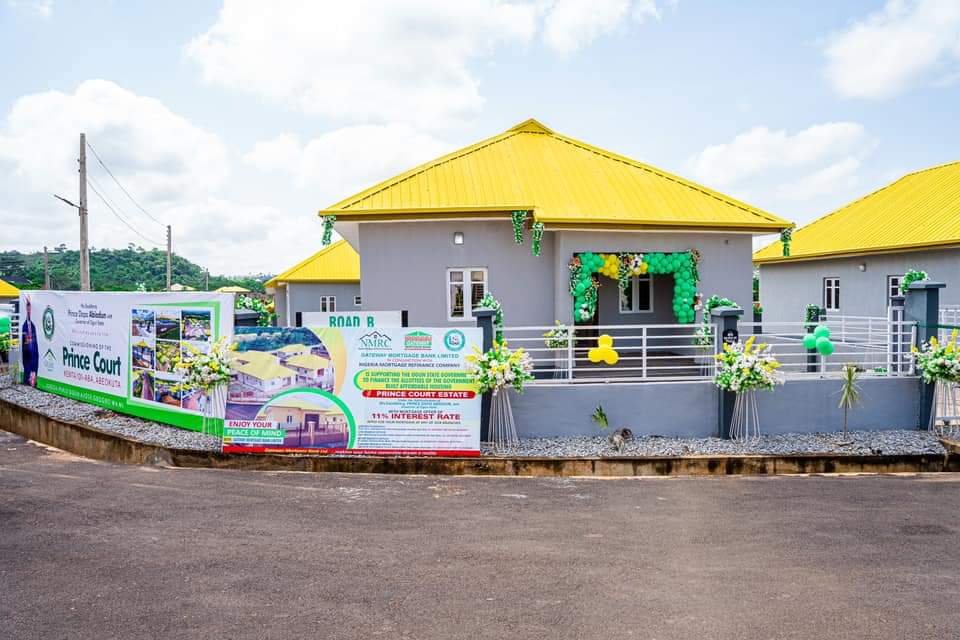 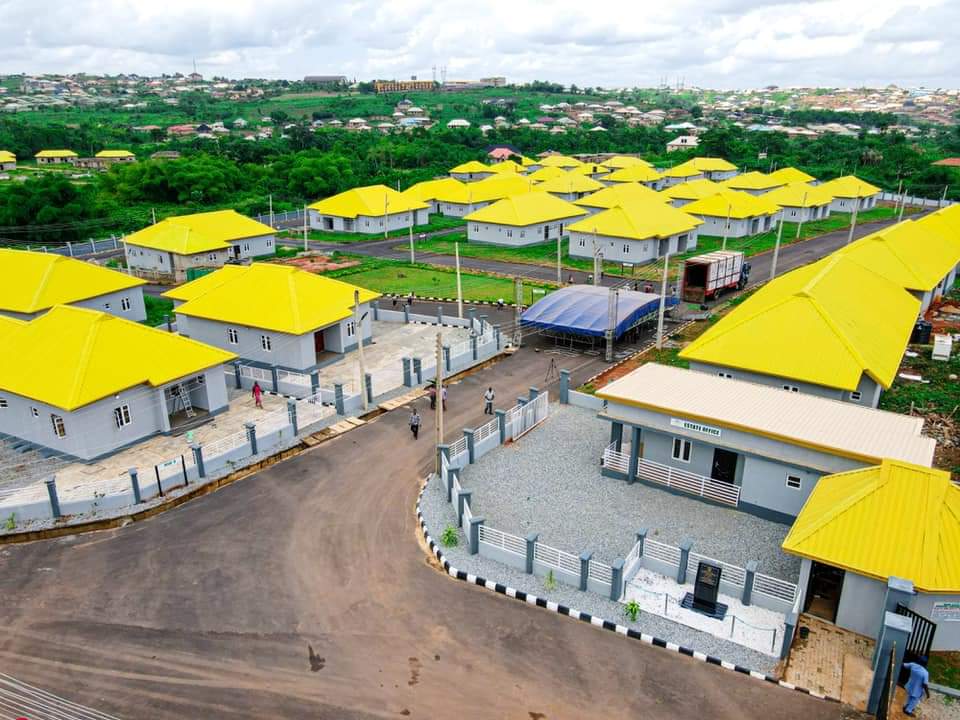 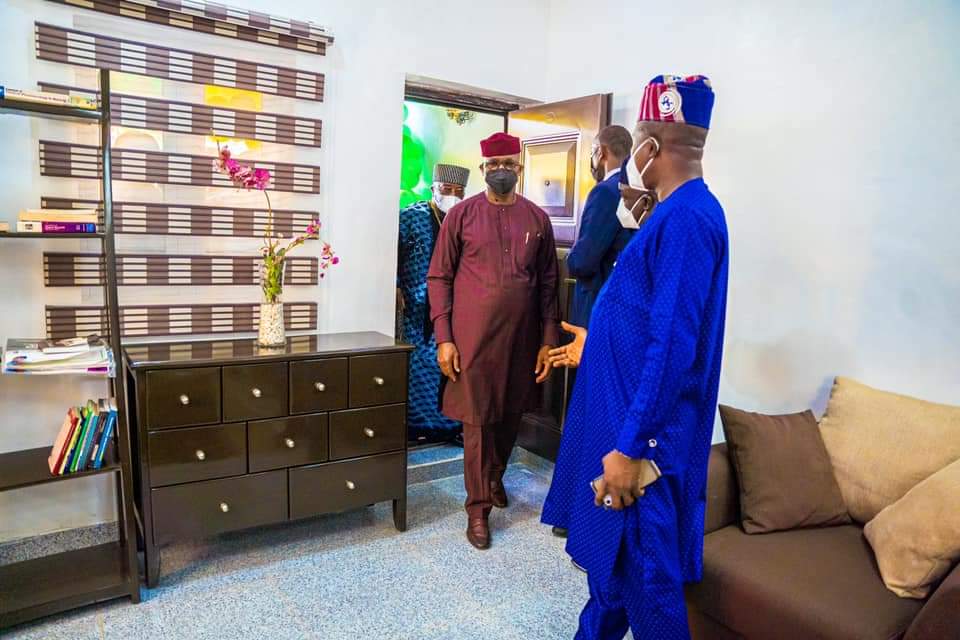 While noting that the estate was an attestation of his administration’s commitment to infrastructure development in general and provision of decent shelter, Abiodun disclosed that the second phase of the 300 housing units would commence in the next few weeks which, according to him, will be over 10 per cent of housing units targeted in four years.

He said housing projects were commenced simultaneously in the state through the the Ogun State Housing Corporation, Ministry of Housing and the Ogun State Property and Investment Corporation (OPIC) in order to be able to deliver the targeted number of houses.

The governor noted that the project was part of the incumbent government’s wholesome design for Greater Abeokuta as a befitting Capital City.

‘This is part of our deliberate approach to ensure that Abeokuta, the capital city of Ogun State has befitting infrastructure and amenity that will make it stand out as a capital city amongst its peers, not only in Nigeria but throughout Africa. And that, we are doing in collaboration with the United Kingdom’s Future Cities Project,’ Governor Abiodun stated.

The governor disclosed that the cost of the houses would be subsidised and special discounts would be given to public servants as incentive, to serve as a demonstration of his administration’s commitment to their welfare and wellbeing.

He added that the Gateway Mortgage Bank has been directed to provide the much needed mortgage for subscribers of the housing units.

‘Your government is determined to provide 2,500 housing units across the state in our first term. This is the figure in the air. This figure is more than all the housing units that all the successive administrations have provided since the creation of our dear state.

‘We have gone mid-way into actualising that. A visit to Kobape, Ijebu-Ode, Sagamu, Ilaro and Ota will convince Doubting Thomases of our strength of resolve. With your support and prayers, we will deliver them all. And seeing our zeal, the federal government has also expressed desire to complement our efforts to reduce the housing deficit in the state by providing 10,000 units of Social Housing Scheme. We are providing the land.

‘In our anticipation to deliver on our promises to the people of Ogun State, we commenced work simultaneously through our three major Housing Agencies; the Ogun State Housing Corporation, Ministry of Housing and the Ogun State Property and Investment Corporation (OPIC). Our motive is to provide housing facilities in all the three Senatorial Districts of the state as part of our infrastructural development programme. In most cases, we site the flagship of these projects in Abeokuta to give the city the true status of a state capital.

‘To actualise this, I approved 450-housing units of Residential Estate, tagged “Prince Court”. The first phase of 130 housing units is here at Kemta, Idi-Aba, Abeokuta and in the Ogun Central Senatorial District. We completed this within our first 100 days and we

and we have since allocated them to respective allotted,’ Abiodun stated.

The governor added that work has commenced on the reconstruction of Kemta-Ilugun-Somorin Road to take the full advantage of the housing estate, emphasising ‘that road will also serve as another bypass to the ever-busy Camp-Obantoko-Asero Road. And this road will be completed within 12 months.’

Governor Abiodun, who called for the support and prayers of the people of Ogun, urged the beneficiaries of the new estate to make it a model for others in terms of cleanliness, peaceful coexistence, community development participation and responsible citizenship.

He equally enjoined people in the state to reduce the personal burden for home ownership by utilising the mortgage services available at Gateway Savings and Loans Limited.

Earlier in his remarks, the Commissioner for Housing, Jamiu Omoniyi, said the affordable housing estate was built in 92 days and engaged 5,040 direct labourers drawn from the locality.