Lionel Messi and his family may have been heartbroken to leave Barcelona, but their £17,000 per night hotel room in Paris will surely be helping them settle in after his transfer to PSG.
He is looked upon as one of football’s greats, but Lionel Messi has also been given the heavens’ treatment since his move to Paris Saint-Germain.
The Argentina captain penned a two-year contract with the French giants, after having been forced to end his 21-year stay at his boyhood club Barcelona.
Despite agreeing a new contract with a 50% pay cut, Barcelona’s ludicrous salary bill still fell way short of La Liga regulations, preventing Messi from re-joining the Catalans.
Messi was crestfallen as he confirmed his departure from the Nou Camp in a press conference where there was not a dry eye in sight.

However, nothing stems the emotional waterworks better than a stay in a £17,000 (N10 million) per night hotel room which has also looked after Winston Churchill, Walt Disney and Robert De Niro.
Along with his wife and his children, Messi arranged to stay in Paris’ Five-Star Le Royal Monceau Hotel, while he looks for his new home in the French capital.
The 94-year-old venue, announced to their 18,000 followers on Instagram the little Argentinean and his family were their next esteemed guests.

Located in the glamorous Avenue Hoche district of central Paris, the hotel is also just around the corner from the Arc-De-Triomphe. 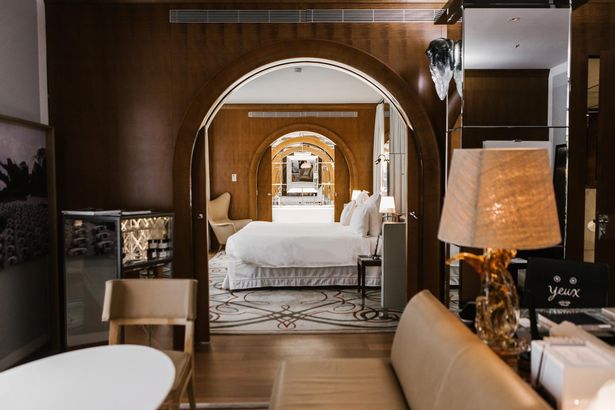 The grand hotel is also believed to have looked after Messi’s former Barcelona and now Paris Saint-Germain teammate Neymar when he first arrived at Les Parc Des Princes in 2017.
It is located within the most luxurious and exclusive part of Paris means the 34-year-old and will have full access to some of the most beautiful views and sky-lines Paris has to offer.
And if they get bored of those, as well as the many local art exhibitions and cultural events staged at the hotel every year, then they can always retreat to the swimming pool, the private cinema, and the six high quality restaurants on sight.
The most famous place to eat within the venue is the critically acclaimed and famed Matsuhisa Restaurant.
Combining Japanese and Peruvian cuisine, guests can dine on Wagyu beef steak which would set you back around £67. 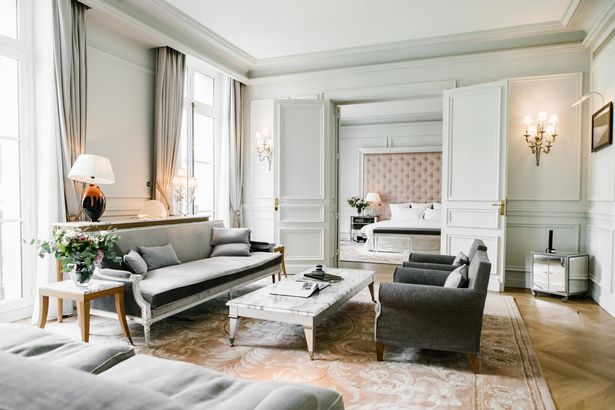 While their sudden departure might still be yet to settle in, there is no doubt Messi’s family are experiencing the best of Paris.
And Messi will soon be working alongside the best of PSG as he conveyed his excitement to link up with his new teammates.
A devastating front three of Neymar, Mbappe, and Messi could very soon be unleashed, while they will be supported by other incredible signings such as Georginio Wijnaldum, Gianluigi Donnarumma, and Achraf Hakimi, the latter of which signing for £54 million.
He will also link up former Real Madrid captain Sergio Ramos, who was one of his fiercest rivals during their ‘El Classico’ battles over the last fifteen years.
PSG have thrown the kitchen sink at this summer’s window and increasing their yearly salary to a staggering £252 million, equivalent to 14,823 nights in Messi’s current hotel room at Le Monceau.