_* Lauds His Leadership Impact on Community and Humanity_

The Minister of Youth and Sports Development, Sunday Dare has been nominated for decoration as a Honorary member of the Man O’ War, at the forthcoming 1st edition of its Leadership Impact Award.

Speaking at the presentation of a notification letter to the Minister at his office, the Deputy National Commander, Adedamola Gbenga stated that the commendable feat of Dare over the past two years to uplift Nigerian Youth and develop Sports has not gone unnoticed. He revealed that the Man O’ War has never had a budgetary allocation until the intervention of the Minister, hence the resolve of the voluntary organization to bestow an Honorary membership on him.

Gbenga highlighted the responsibilities of the Man O’ War to include complementing the Nigeria Police in maintaining peace and orderliness in the society, crowd control and traffic control, amongst others, emphasizing that its role is complementary to the security agencies, and by extension the Government. He further stated that its volunteers cut across the 36 States, and the FCT.

The Minister in his response thanked Man O’ War for the honour. Dare went down memory lane to narrate his experience during childhood, participating in the activities of the organization. He charged Man O’ War to consider the establishment of volunteer clinics across the country to encourage volunteerism and give verve to the National Volunteer Policy approved by President Muhammadu Buhari, last year.

“Through Volunteering, you can get a job, full-time or part-time. You see a lot of young people, you don’t know the talents they have. You give them one opportunity, and you are stunned by their talents. So volunteerism uncovers talents, it places our youth on a pedestal to getting noticed and getting a job”, Dare buttressed.

The award programme is billed to hold on 9th December, 2021. 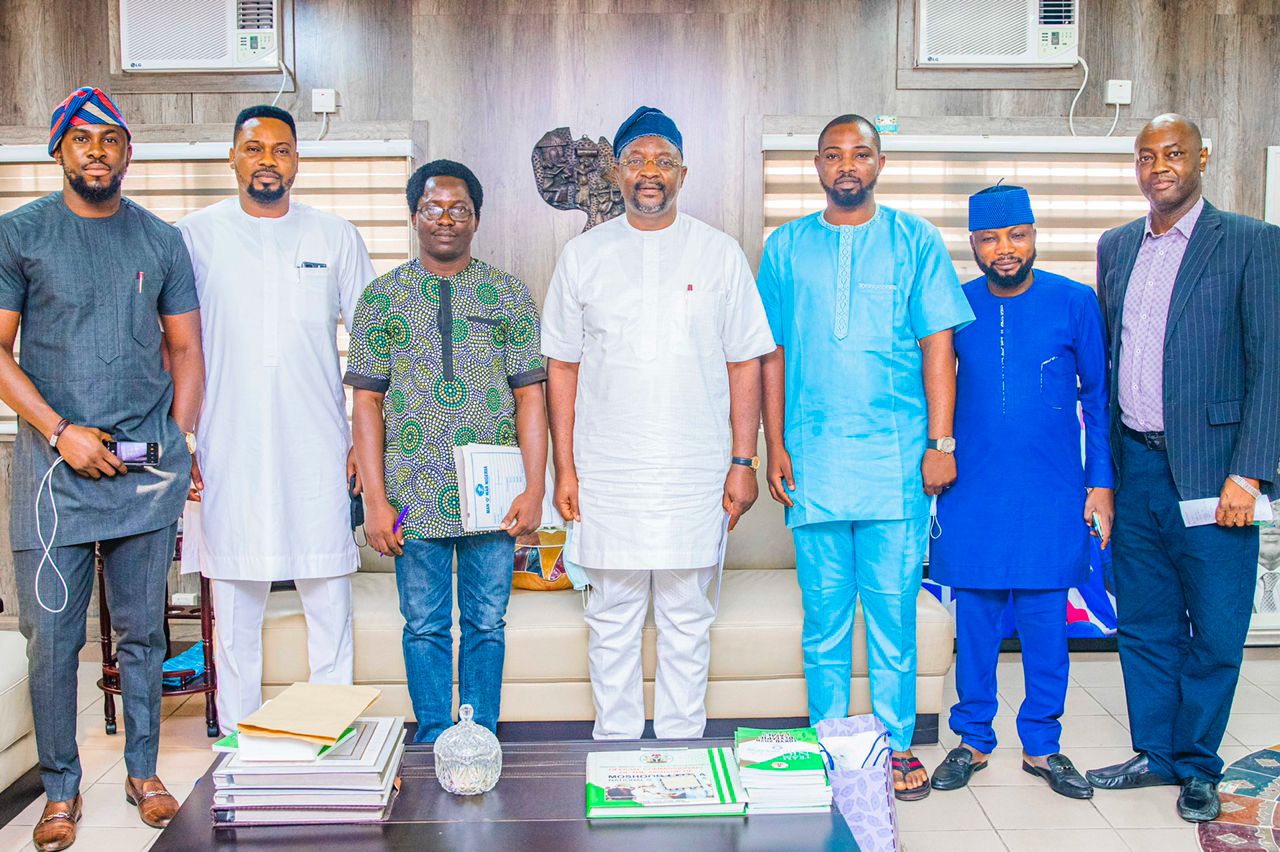